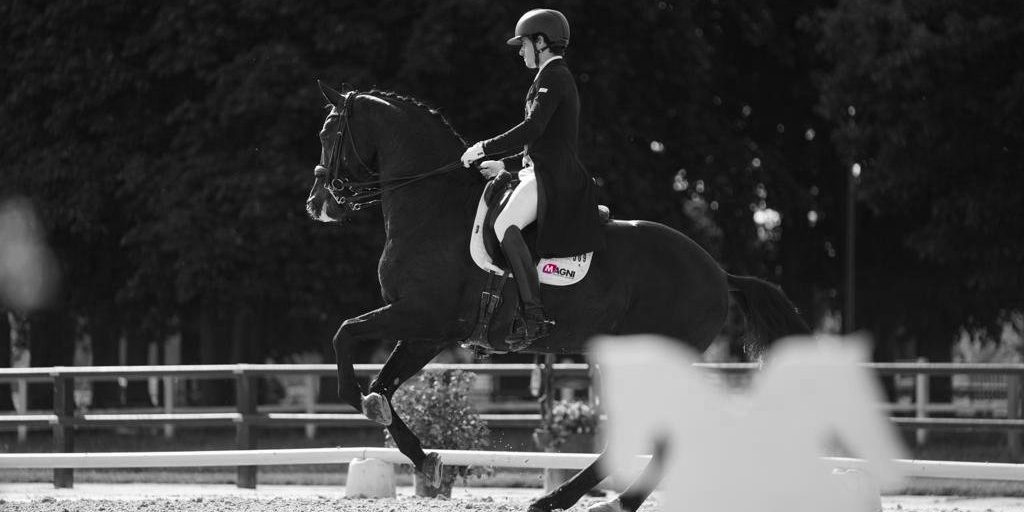 King de Niro Magni won on his debut in an international competition in Jardy near Paris with his new rider Riccardo Sanavio.

Last weekend, the pair won on the Jardy fields in the FEI preliminary test with 77 points for quality and 70.53 for technique, bringing the overall total to 73.53%.

Riccardo Sanavio, a very talented Italian rider, has been living in the Netherlands for several years. Riccardo boasts an impressive CV.

He has competed for Italy in several European Youth Championships and as a senior competed in the top category at the 2018 World Championships in North Carolina. He gained his experience working in some of the most prestigious stables in the world such as Helgstrand in Denmark and Glock in the Netherlands under former world champion Edward Gal.

He now runs his own stable in Holland with his partner Nicole Stutz, where he prepares and trains talented horses. Thus, Mr. and Mrs. Magni decided to entrust King de Niro Magni into the hands of Riccardo.

And the start looks very promising!

Below the video of the race: