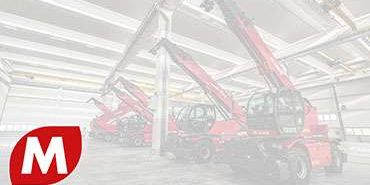 Who is Makani? And what was its ambitious project?

Makani started with the idea that kites might be able to harness enough wind energy to give more people around the world more access to renewable energy. By replacing the massive steel towers of conventional wind turbines with lightweight hardware and smart software, we hoped to unlock access to wind resources too expensive or impractical to access with traditional wind technologies. This unique insight sparked a 13 year-long adventure of designing, building, testing, and iterating, which culminated last year in the world’s first offshore flight of an airborne wind turbine.

Makani’s energy kite was incredibly unusual. It turned like an aerobatic glider and sent electricity down a tether. In its final incarnation it did all this autonomously from a floating platform anchored in deep water. To create this unique machine we had to solve hundreds of problems and push boundaries in aerodynamics, avionics, electric motors, and more.

While we were solving technical problems, the world around us was changing. Global use of electricity from renewable sources has been steadily rising and the cost of wind and solar has dropped dramatically. In fact, wind power is now one of the cheapest sources of electricity available. And while there’s still opportunity for innovation in floating offshore wind, as we shared earlier this year, the road to commercialization for Makani proved longer and riskier than we hoped. We weren’t able to secure the investment needed to take Makani forward, so our time as a company has come to an end.

This was the story of the Makani start-up which also involved an RTH 5.35 with various attachments (Platform, winch and forck carriage, included a special attachment designed and created for them). This is because our telehandler was the best solution to move the kite and suspend it at the top. It was a very heartfelt collaboration, first of all because Magni has always been devoted to seeking and supporting sustainable solutions and secondly because new ideas are the forge that feeds the passion of our R&D department.

The RTH 5.35 has several appearances in the documentary, in the California desert as well as Hawai'i. Makani’s filmmaker told us that she "loves the Magni, it's beautiful!" so she had included it in the film where she could. The machine saved us on so many occasions, with its flexibility to set up in tight spaces and ability to be used as an easy-to-operate light crane, as well as an additional manlift on demand. We definitely would have missed some flight opportunities if we didn't have it!

This is the precious testimony of Mr. Su who coordinated the project and despite the project had being suspended due to lack of funds, we are proud to have taken part in the realization of a dream for several years, because these young engineers have chased their hopes of being able to create something cleaner to help the whole world with a kite.

And this is what counts to put your heart and a lot of passion in your daily work.

This is the link to the full-length documentary showing lots of behind-the-scenes and test flight footage from the 12 year project. It's well worth sitting down and watching if you like technical documentaries.